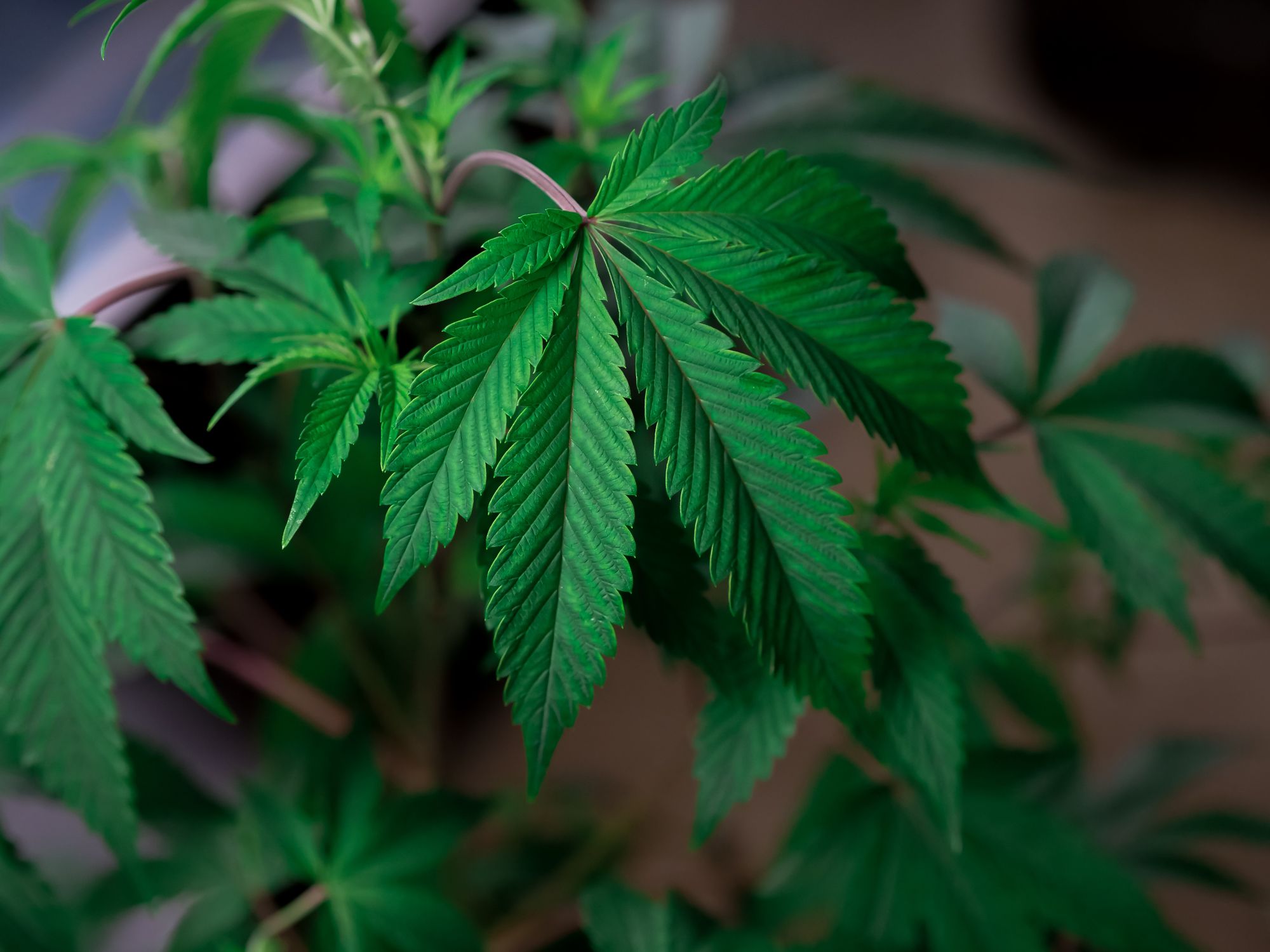 As more US states regulate adult-use cannabis sales and domestic cultivation, many people are starting to enter the world of homemade cannabis growing for the first time. Among the many styles and methods of growing cannabis at home, the cultivation of organic cannabis is one of particular interest among those consumers looking for a high-quality product and the ability to cultivate it naturally without chemicals.

Growing an organic cannabis plant means cultivating it as nature intended. High-quality soil and biodiversity are the keys to supporting the growth of thriving plants and creating top-notch cannabis strains. Although the cannabis industry has developed many synthetic formulas and techniques with significant results, most experts believe that the best quality flowers and the healthiest plants emerge from organic cultivation.

NYCC recently spoke with DC Scroger, a well-known cannabis consultant, organic grower, educator, and activist. He lives in Washington, DC, where he has taught tenets of organic cultivation for the last seven years. Furthermore, he has worked on legislation efforts throughout the country for social equity rights in the cannabis industry.

Scroger's passion for cannabis began when he was just thirteen. As an adult, he traveled worldwide to learn about different climates and soil conditions and how they affect cannabis growth.

"I have been around gardening all my life. Today, I make my own soil to grow cannabis both indoors and outdoors," he said.

Organic cannabis can, in fact, be grown in either environment with some minor adaptations. Scroger told NYSCC that it is rare to find organic cannabis plants in commercial cultivations. "Normally, you see a bunch of tubes that [pump] nutrients to relatively small pots. In organic growing, the plants are fed with what they really need. The soil that we organic growers make is not rocket science, although many show that growing cannabis is complex," he said.

Scroger explained that the cannabis plant needs only a few soil amendments during its growth. The cannabis plant needs nitrogen in its early growth stage. Organic growers build soil to feed the plant as needed. Cannabis needs three essential macronutrients: nitrogen (N), phosphorous (P), and potassium (K). The ideal NPK ratio, expressed as 3-1-1 or 3:1:1, helps cultivators feed the plant to its unique specifications. However, growers can't use the same NPK ratio for all stages of cannabis growth. Depending on which processes the plant devotes energy to, the required concentrations will differ.

Scroger told NYSCC that organic growers can use these three macronutrients to build their soil. For instance, worm castings are an excellent nitrogen source for the cannabis plant and can work along with other worms as a whole colony.

"In commercial cultivations, there are no such organic components because the integrated pest management (IPM), intended to manage pest pressures below the threshold of economic damage, must be responsive. But in the organic soil, there are beneficial bugs. We water the plant and add molasses to give the plant a certain amount of sugar," he said.

No-till farming is a gardening method that doesn't move the soil via tillage, a technique of disturbing the soil by digging, stirring, and overturning. By not "disturbing" the soil, the no-till farming method allows the soil to live in a natural ecosystem made of living organisms.

Living soil is a method that focuses on compost, resulting in active microbiology and biodiversity. Organic growers don't need to rely on fertilizers because microbes in the soil will eat and digest compounds that create bioavailable fertilizers. As a result, growers obtain larger yields and better terpenes.

Super soil can be made with organic products and is designed to contain all the nutrients that a cannabis plant needs from every stage from seeding to harvest. Super soil contains living microorganisms that help create an ecosystem similar to what we find in nature.

But the organic growing method that most thrills Scroger is regenerative farming. This style of organic farming is designed to build soil health and includes covering crops, composting, and crop rotation.

"When we talk about cannabis, 'sustainability' appears to be a sexy term, but it is not practical. This term means to sustain what you are doing. But if we sustain what we are doing, we maintain the status quo. Instead, we have to regenerate the soil and plant beneficial plants near cannabis plants. Tomato, cucumber, radish, and other vegetables planted between the cannabis plants can benefit one another. In this way, you never throw away the soil, and vegetables planted between cannabis plants release NPK macronutrients quickly," he explained. Although these methods are mainly intended for outdoor cultivation, they can be replicated at home with some modifications.

Scroger explained that the base of the soil he makes is a mix of peat moss, worm castings, rice hulls, and leaf mold. The macronutrients he adds to the soil are derived from natural sources, including blood meal to provide nitrogen, rock phosphate for phosphorus, crab meal and lobster shells for calcium, and other organic elements for potassium.

All these ingredients are dosed in the proper ratios. Once the mix is made, a portion of the soil amendments are used to concentrate the formula that can be reused for other batches of soil.

How Much Does It Cost to Grow Organic Cannabis?

Suppose you want to grow your own cannabis plants to harvest one pound of flowers. According to Scroger, you need to buy a grow tent and a carbon scrubber filter so as to not let the smell of cannabis escape your home.

You will need a full-spectrum LED light set, a couple of fans for air circulation, a timer, and a non-plastic trash can for water. The total cost of this equipment may be between $1,800 and $2,000.

Additional costs come from building up the soil by yourself. Scroger told NYSCC it could be costly, but be assured that once you complete the process, you will never need to make it again. You can find the ingredients for the soil online or at grow shops.

With indoor organic growing, you can plant almost any kind of genetics. Scroger explained that although most people classify cannabis as either Indica and Sativa, it's the terpenes that truly matter.

These compounds give cannabis its distinctive aromas and flavors. "Terpenes [are] the highway [on] which THC and other cannabinoids travel to our brain," he said. Scroger explained that terpenes' smell and taste directly connect with our emotions and trigger a "déjà vu" feeling. "For instance, if you don't like strawberries and smoke cannabis with a strawberry aroma, you won't like it, because terpenes, like food, evoke recollections of the past without conscious effort," he said. The concept is similar to the involuntary memory described in Marcel Proust's novel In Search of Lost Time.

Scroger told NYSCC that you could modify terpenes naturally by providing sugar to the plant through molasses or brown sugar.

Organic Cannabis in the Legal Market

"The consumer is becoming more educated, and dealers of the legacy market are banking on them. People jump into the cannabis space to be providers or sellers and think cannabis is sales, but actually, cannabis is a service business. Many businesses in the legal market will fail," he continued.

Scroger explained that the profitable business of recreational cannabis legalization is not based on the cannabis sales, per se, but rather on the service attached to the cannabis plant. "The new money generator from the legal market will come from cultivation and processing industries."

New York legalized recreational cannabis sales and home cultivation in 2021. According to the Office of Cannabis Management (OCM), New Yorkers 21 years and older can grow up to 6 plants in their home for personal use (3 mature plants and 3 immature plants) and may have a maximum of 12 plants per household (6 mature plants and 6 immature plants), even if there are three or more adults over the age of 21 in one residence.

However, home cultivation will only be permitted after the OCM issues regulations governing the home cultivation of cannabis, which must be no later than eighteen months after the first adult-use retail sale, which is expected to happen somewhere between late 2022 and early 2023. 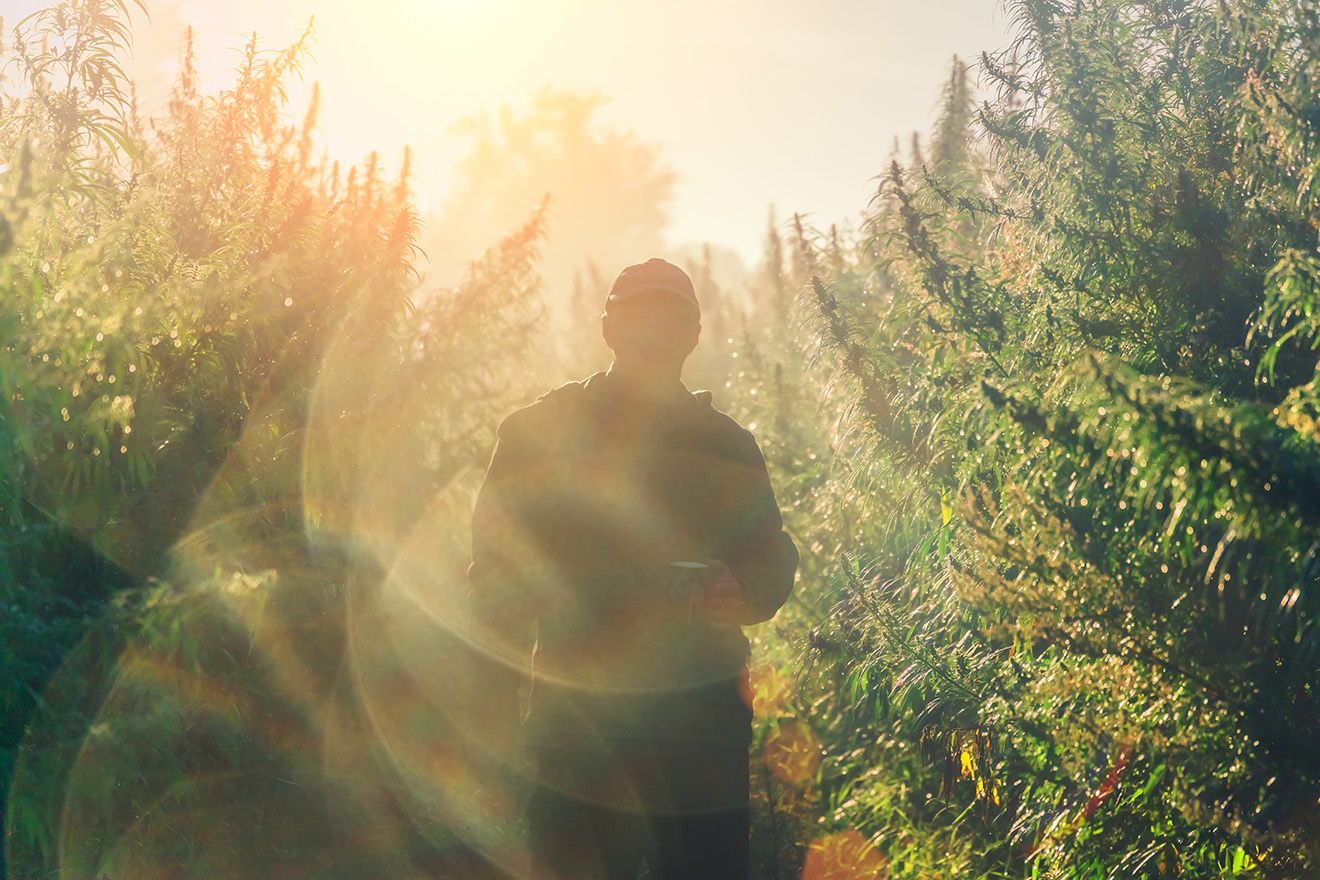 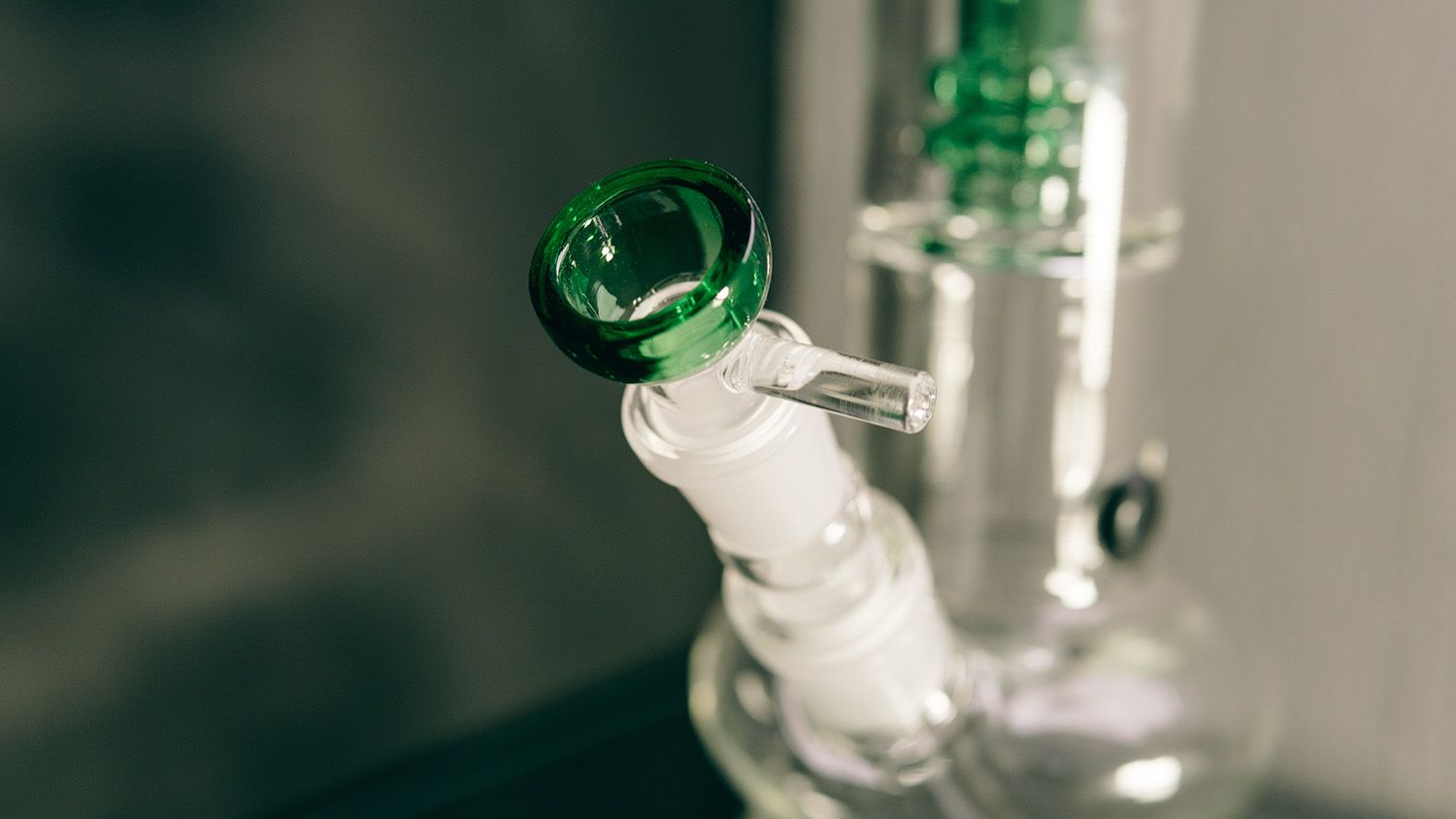 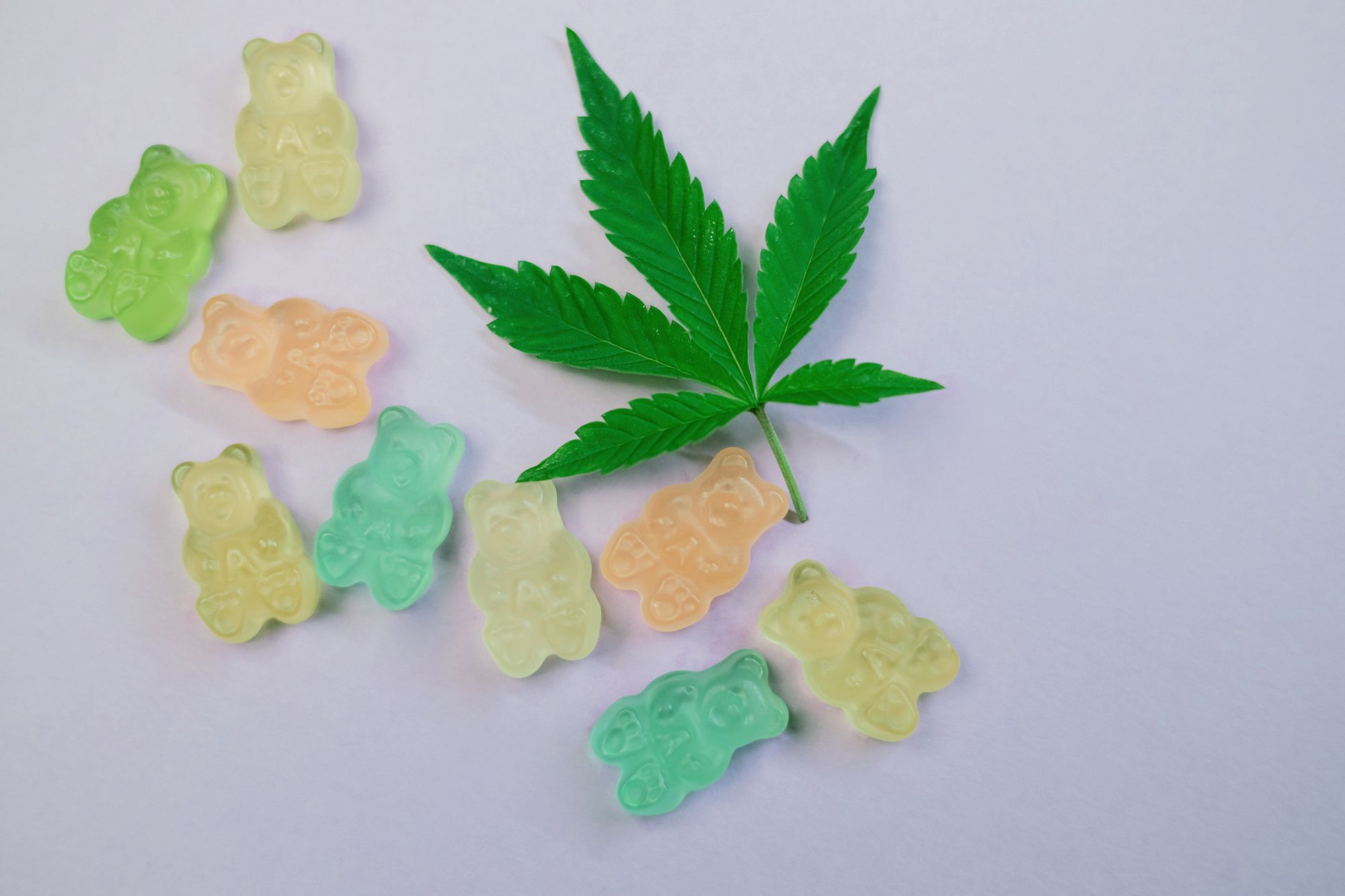 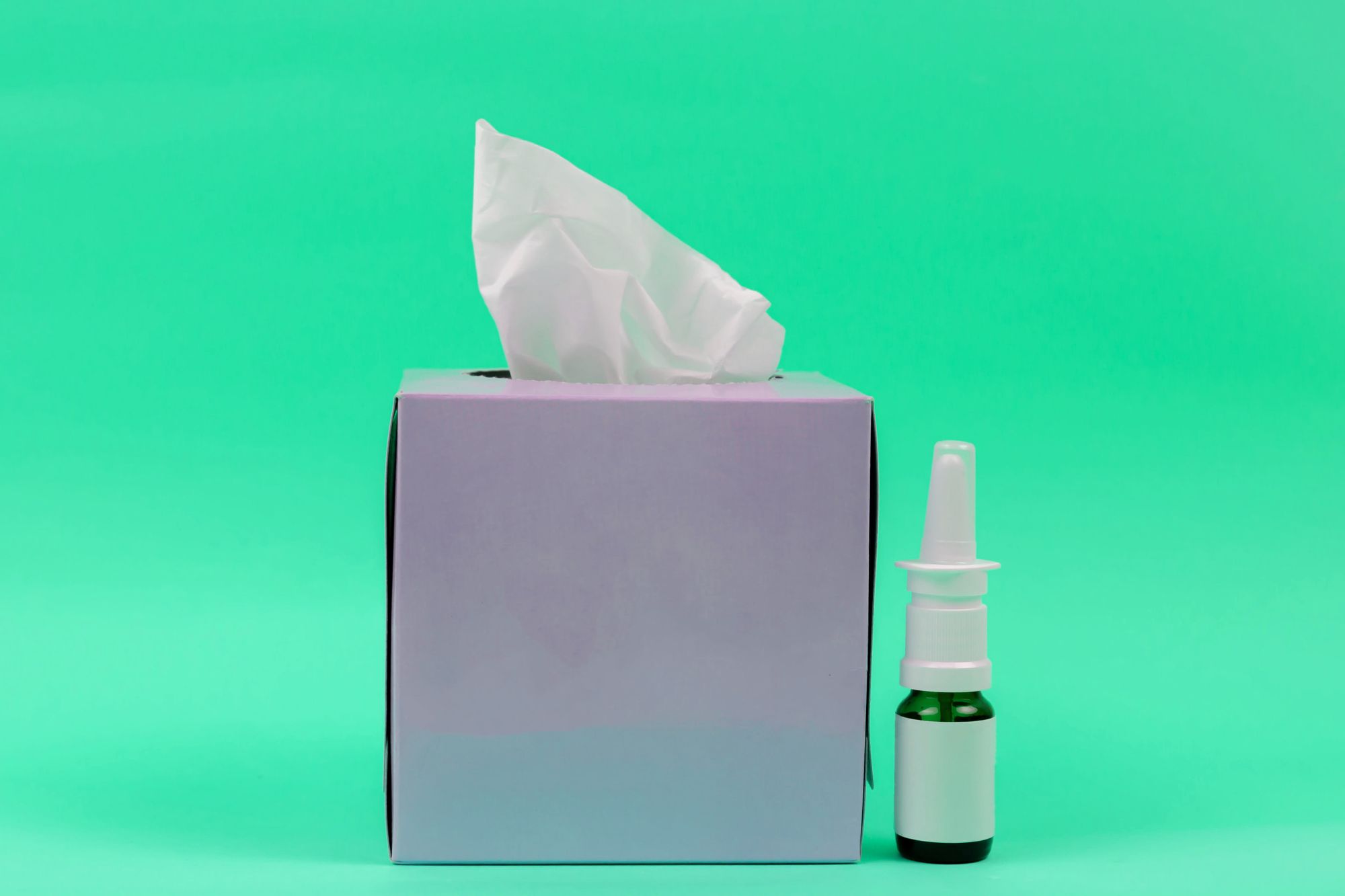